Thank you so much for allowing me to be here today. Larissa asked for a post on living abroad or an international setting.  My fifth Mitch Malone Mystery Series will be set on Drummond Island, Michigan, a stone’s throw from Canada in Lake Huron, an hour from the Mackinaw Bridge.
The island is only accessible by ferry and hasn’t been inundated with cell towers. It is a popular place to vacation in July and many who own or rent homes, make it an annual pilgrimage. I admit, I’m addicted to the island. It has been a great place to recharge, reconnect and just plain relax. Doing research has been anything but work.

There is just something about waking up in the morning and looking outside and watching the sun dance on the water for as far as the eye can see. Neighbor’s houses could be within hailing distance but because of the tree cover and sounds of the waves rocking against the stony shore, any noise is lost. That doesn’t mean neighbors don’t pop over to check things out especially if strange cars are seen. 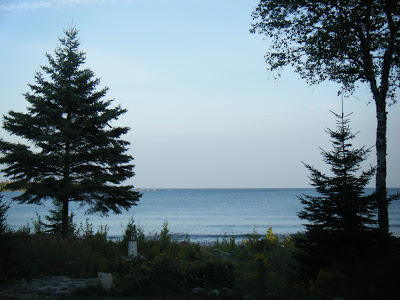 Transportation on the island can take many forms. Sometimes the fastest transportation can be by boat or kayak because roads are scarce. Motorized off-road-vehicles also can take more cross -country routes. My favorite is biking but it is hard to bring home any groceries that way. After the main roads that cross in the little commercial center, many of the roads to homes can be little more than two-tracks that twist and turn as it follows the coastline. You never know if you will see a beautiful vista of water, rock and color, or just more trees.

The residents who live year-round are made of hearty stock and have formed a tight-knit community that watch out for each other and help in times of need much the way I picture settlements that dotted the prairie as America spread west early in our country’s history.

While Drummond Island isn’t international, it is a foreign way of life for many that runs on its own time frame and newcomers only arrive as often as the ferry runs and in the heart of winter, strangers are rare and stick out because everyone knows everyone’s name. For my main character Mitch Malone, this presents all sorts of problems that he enjoys and hates.

While Drummond Island is part of Michigan, when you are there, it is like you are in your own little world. I hope that is enough of an international flair. What is your favorite place to recharge?

W.S. Gager will be giving away a single copy of each of the first three books in the Mitch Malone Mystery series: A CASE OF INFATUATION, A CASE OF ACCIDENTAL INTERSECTION, and A CASE OF HOMETOWN BLUES from comments made on her blog: http://wsgager.blogspot.com or on her guest blogs from the Murder We Write Mystery Tour.

A CASE OF VOLATILE DEEDS
Mitch finally scores a weekend dinner with a cute receptionist, but true to his reporter instincts an explosion in a high rise office building makes him stand up his date as he runs for an exclusive.  When he investigates, he learns his date is the only casualty in a botched robbery at a real estate office. When femme fatale Patrenka Petersen returns, Mitch learns that much of what he knows about his date and her work aren’t what they seem. His world continues to twist when the police captain asks for his help and a city hall informant is found floating in the river. Mitch must keep his head down or a cute dog with a knack for finding dead bodies will be sniffing out his corpse.

A Case of Hometown Blues 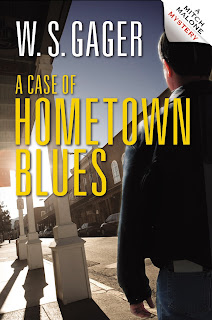 When Pulitzer-winning reporter Mitch Malone's editor presses him for a favor, Malone breaks his vow to never return to his hometown. It seemed simple enough--lead a seminar for Flatville, MI's newspaper, keep a low profile and get back to the city post haste. But memories of his parents' death swarm him, and, to avoid solitude, he stops for a beer. In the crowded bar, Mitch is dismayed to see many of his former classmates--including the still-lovely Homecoming Queen, Trudy. Once the object of his teenage crush, Trudy joins Mitch. He quickly realizes she is upset and inebriated. Always the gentleman, Mitch sees her safely home, and returns to his B&B, still trying to shake memories of his parents' sad demise. The next day, he is stunned to learn Trudy was murdered and he is the prime suspect. The locals treat the murder charge as a slam dunk, and Mitch realizes he must track down the real killer to keep his butt out of jail. As he investigates, facts he thought he knew about his family unravel, and danger ratchets up. Can Mitch discover the truth that will allow his parents to rest in peace, or will he be resting with them? 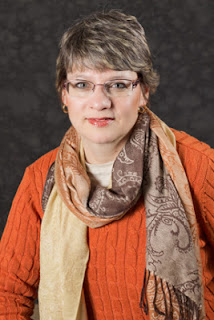 Award winning mystery author W.S. Gager has lived in Michigan for most of her life except when she was interviewing race car drivers or professional woman's golfers. She enjoyed the fast-paced life of a newspaper reporter until deciding to settle down and realized babies didn't adapt well to running down story details on deadline. Since then she honed her skills on other forms of writing before deciding to do what she always wanted with her life and that was to write mystery novels. Her main character is Mitch Malone who is an edgy crime-beat reporter always on the hunt for the next Pulitzer and won't let anyone stop him. Her third book, A CASE OF HOMETOWN BLUES, was a finalist in the 2012 Daphne Du Maurier Award for Excellence in Mystery/Suspense. A CASE OF VOLATILE DEEDS, her fourth in the Mitch series will be out this February.

Posted by Larissa Reinhart at 12:01 AM