Countdown to DEATH IN PERSPECTIVE, A Cherry Tucker Mystery #4

I'm so thrilled to start the countdown to Cherry Tucker's fourth mystery, Death in Perspective!

In book four, the curtain rises on Cherry Tucker’s debut as set designer at the posh Peerless Day Academy. Cherry’s been hired for an adaptation of Romeo and Juliet, but the drama director’s hoping Cherry can also turn the spotlight on a malicious social media bully who’s sending poisonous texts to the faculty. When the principal’s secretary commits suicide, Cherry suspects foul play. Offstage, Cherry’s searching for her missing brother whose vendetta might doom Cherry and Deputy Luke Harper as star-crossed lovers. Between family secrets and a bully’s murderous encore, Cherry fears she may be forced to take a final bow. 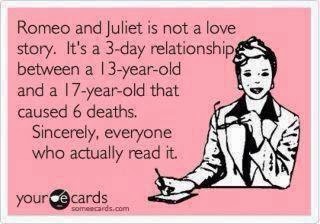 Stay tuned for more contests with chances to win Cherry Tucker swag and advanced reader copies during my Countdown to Death!

Maybe I should rethink titling a contest called Countdown to Death. What do you think? ;)

Posted by Larissa Reinhart at 12:17 PM No comments:

The heroine of the Cherry Tucker Mystery series is an artist. Actually a classically trained portraitist, from a small, Southern country town called Halo. Her tough, redneck roots and creative ingenuity help her solve crimes, attract the wrong sort of men, and outfit herself in themed outfits. As an artist, she’s always broke, but with her penchant for interesting dress, Cherry uses her DIY craft skills to match her wardrobe to her personality.

In Hijack in Abstract, her third mystery, Cherry wears a variety of DIY clothing. I thought I’d share the outfits, but show how a real DIYer could use Cherry’s crazy ideas to make their own unique embellishments.

On Nancy Jardine's blog, I share travel tips to Cherry Tucker's Georgia. Come join us for some fun spots in Atlanta!