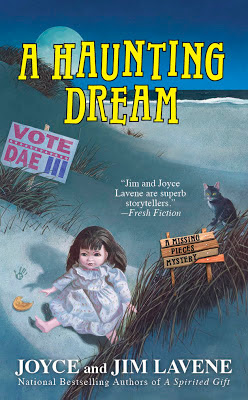 My Missing Pieces Mysteries are set at the Outer Banks of North Carolina. The area developed the name, Graveyard of the Atlantic, because of the many shipwrecks that happened in the coastal waters. Many wealthy captains, with ships burdened by gold and other precious materials, lost their lives here through the years.

The area is rich in folklore dating back to its past as the original English settlement in America in the 1500s.

It’s the place where the first colony, created by Sir Walter Raleigh, became the Lost Colony when he returned several years later to find all of its occupants missing. No one has ever solved the mystery of what happened to those people.

The islands were cut off from the state’s mainland for years before the first bridge was built. Bankers, as the inhabitants of the island were known, had to fend for themselves. They were scavengers, in many cases, living by their wits to survive.

The islands were virtually lawless, becoming the home waters for many pirates, Blackbeard being the most famous. Bankers also had their own share in tricking some ships to their doom in order to seize their cargo.

Hurricanes, and wild horses left behind by the Spanish, left their mark on the island. The place is still filled with ghost stories and legends.

It would be impossible as a writer not to feel your imagination touched by this remote spot. The Missing Pieces Mysteries, with protagonist Dae O’Donnell, makes use of this hauntingly beautiful area.

Dae is the mayor of Duck, a real town of 500 people. She is a finder of lost things. Her gift was handed down by her grandmother. She can find lost keys, missing watches, and in A Haunting Vision, she must find a small girl who has been kidnapped.

A HAUNTING DREAM
The mayor of Duck, North Carolina, Dae O’Donnell, is a woman with a gift for finding lost things. When her boyfriend Kevin’s ex-fiancée Ann arrives in Duck looking for a second chance, Dae suddenly finds herself facing certain heartache. And while her romantic life is in shambles, she’s even more concerned by the sudden change in her gift. After touching a medallion owned by a local named Chuck Sparks, Dae is shocked when her vision reveals his murder—and a cry for help. Dae doesn’t know what to make of the dead man’s plea to “Help her,” until she has another vision about a kidnapped girl—Chuck’s daughter, Betsy. With a child missing, the FBI steps in to take over the case. But Dae can’t ignore her visions of Betsy, or the fact that Kevin’s psychic ex-fiancé might be the only person who can help find her. 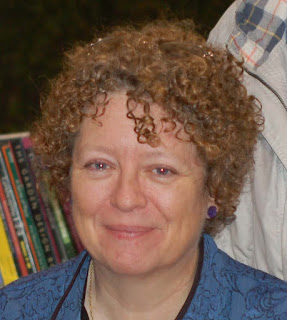 Joyce Lavene writes bestselling mystery with her husband/partner Jim. They have written and published more than 60 novels for Harlequin, Berkley and Charter Books along with hundreds of non-fiction articles for national and regional publications. She lives in rural North Carolina with her family, her cat, Quincy, and her rescue dog, Rudi. Visit her at www.joyceandjimlavene.com, Facebook/JoyceandJimLavene.com. Twitter: @authorjlavene, http://romanceofmystery.blogspot.com.

Purchase: A Haunting Dream at: http://www.barnesandnoble.com/w/a-haunting-dream-joyce-and-jim-lavene/1111363964

Win a copy of A Haunting Dream, the fourth book in the Missing Pieces Mysteries, by leaving your name at my blog: http://romanceofmystery.blogspot.com
Posted by Larissa Reinhart at 12:01 AM