Today we welcome writer and returned expat Myrna Erickson and her story of growing up in the Panama Canal Zone.

I was raised in a multi-cultural environment in an American colony overseas, the Panama Canal Zone, for my first 17 years. This gave me the background for my first book, “Onward Peregrinos.”  It began with my mother’s love story with my father and ended with a 320 page novel that took place in Central and South America and the U.S.

Following the Boynton family through adventures in the jungles of Panama and Ecuador, and watching them build their lives in these unique settings, gives the reader an insight into the culture of these countries. 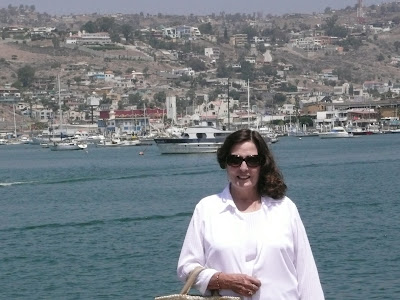 I am one of a unique breed of American citizens, born in the Panama Canal Zone of an American parent working for the Panama Canal Company. The government of Panama recognizes us as citizens of Panama and we therefore have dual citizenship, as Americans and Panamanians. This has many advantages in traveling freely back and forth regarding Visas, etc. It also comes with many incentives to lure us former residents back to the land where many of us were born. Some of these being in the form of discounts throughout the country and medical benefits.

Panama city, itself, in the twenty first century is far removed from Panama city of the twentieth century. In just twelve years it has gone from a country of two or three story buildings to skyscrapers that compete with those of San Francisco or Chicago. The first of these amazing and unique steel buildings were Bank buildings built along the ocean front, followed by the Trump Towers and other tall apartment buildings. Their setting overlooking the Bay of Panama is much like the skyscrapers surrounding Lake Michigan in Chicago. These skyscrapers are called Rasca Cielo (scratch the sky) by Panamanians, but this same skyline has become unrecognizable to ex-patriots like myself, or ex-pats as we are called.

What once was a country of native huts outside of the city limits and in the interior, has become a crowded urban city of taxis, buses and reconstruction. It is also the number one tourist country in the world, according to some sources.  Most of the major cruise ships stop there for a day allowing passengers to transit the canal and shop for a few hours. Of course, this isn’t enough time to understand the culture of it’s citizens and just enough time to feel the heat of the tropics. Consequently, to understand Panama, one should plan at least a week in this small country.  During this time a few days in the interior is a must to see the native culture and enjoy the coolness of it’s mountain areas of flowers and streams.

In order to understand a land with jungles, plains and volcanic mountains, one needs to think of the lowlands as being tropical, with it’s accompanying heat and bugs, the plains as cattle land, and the mountains as restful vacation spots. What I have failed to mention thus far are all the beach resorts in between where hotels and amenities are found. I purposely did not mention them as beaches are everywhere in the world, but learning about the fun loving people of the cities and the simple lives of the natives of the interior is a much better use of one’s time. 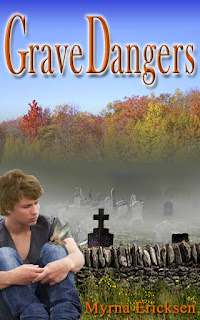 Grave Dangers is a suspenseful murder mystery set in the Green Mountains of Vermont.  David witnesses the murder of his mother, and from that shocking moment is forced to hide in the woods near his former home. Plotting his revenge until he is old enough to carry out his plan, he survives for five years alone, avoiding the suspicions of the nearby villagers. When he saves Andrew's life, he struggles with his continuing quest for revenge. Andrew's family is drawn into a plot to bring the murderer to justice.

As a mother of six, three boys and three girls, my life was an open book, so I decided why not write one.  I am currently writing two books which, when finished, will be my 9th and 10th books.  My favorite genres are historical/romance and mystery/suspense. I draw on my numerous trips across the country, and travels in Central, South America, Italy and Spain to make my settings true to life. I moved outside of writing novels to write “Not Again, Lyle,” a comedy about a real life unforgettable character I had watched grow up.

While raising my six children I taught Great Books at their schools, religious education at their church, I was a den mother, teen club and 4-H leader, museum docent for the Historical Museum in San Jose, volunteered in food kitchens, and performed for the elderly as a clown.  When not writing books, I enjoy being with family and friends, gardening, playing my guitar and piano, singing at rest homes and hanging out with my husband.

Besides writing books and poetry, I collect American History memorabilia which I have been gathering for many years. My vision is to honor those leaders and citizens who have made significant contributions to the history, development, and culture of our great country, the United States of America.  To this end my collection was displayed in our new city library for all to enjoy during the year 2011.  I also collect unique Vintage clothing, with plans to have a Vintage fashion show towards raising funds for the poor. That’s all folks!

Posted by Larissa Reinhart at 8:05 AM