From my spring newsletter which you can also read HERE.

In this South (& Far East) of the Sweet Tea Line newsletter 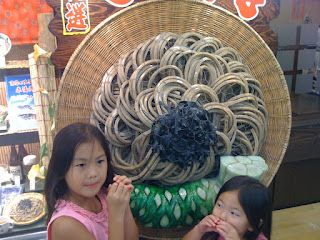 In two weeks, my daughters and I (and more importantly, Biscuit) will be flying to Japan, where we'll be moving to Nagoya. This will be our fourth time to live there. My husband moved to Japan in February and we're anxious to join him, but sad to leave our friends here in the U.S.

Ironically, Nagoya is where we lived five years ago, and where I first conceived of Cherry Tucker and wrote Portrait of a Dead Guy.

This year's been a hard one for our family. We've been separated from my husband since December when he had to move to Columbus, OH (where the American headquarters of his Japanese company is located) and then to Japan. Last summer he lost his job with his Atlanta-based company. For those of you who have gone through job loss, you know how hard that is.

However, we are blessed that his new company would have us move to a city familiar to our daughters (age 9 and 12), even though it's overseas. Strange as it is, moving to Japan is an easier transition for them. It looks like we'll even be living within walking distance of their old school friends.

Our (seemingly) biggest hurdle has been getting Biscuit to Japan. Japan is one of few countries that doesn't have rabies. Understandably, they have an extremely thorough process to make sure rabies stays out of their country. Biscuit's process started back in October when we thought moving to Japan might be a slight possibility. He's had an 180 day quarantine (at home) that began with a microchip and a new rabies shot, followed by a second rabies shot and blood test exactly 30 days later, and is now ending with a lot of paperwork including my driving to a USDA lab to get a seal stating that he's rabies-free two days before we fly out. So far, everything has lined up and Biscuit will be flying in our cabin under our seat.

The Japanese Animal Quarantine office in Narita Airport has been so sweet. Japan loves animals and all the work you have to do to keep a pet in Japan is their effort to make sure pets stay healthy and safe. I can't wait to share pictures of Biscuit in Japan with you!

We're also excited that a popular television show about moving overseas has taken an interest in our story. We still don't know if we'll be on the show, but the process to get on has been fascinating. We've had a few interviews, made a home video, and filled out a long application. I'll definitely use the research for my Maizie Albright series. Maizie is an ex-child actor, who starred on a popular teen detective series and as an adult, forced into in a reality show by her manager. When a judge orders her to leave Hollywood, she heads back to Georgia to try her hand at detecting. I'm so thrilled to have the opportunity to learn some of the ins and outs of reality TV first hand!

Stay in touch with me on social media! I'll keep you updated on book news and events here, but you can get snatches of life in Japan on Facebook, Instagram, Twitter, Tumblr, etc. I love staying connected with you!

Next newsletter subscriber drawing will be in August! Sign up HERE.

More congratulations to Julie H for winning my Facebook Bon Voyage drawing! She received a signed copy of Death in Perspective (#4).

Watch for upcoming contests related to the newest Cherry Tucker release, The Body in the Landscape (#5)!

A Cherry Tucker Mystery #5, The Body in the Landscape
Releasing later this year.

Cherry Tucker's escaping problems in Halo with a trip to the Big Rack Hunting Lodge to paint the winning "kill portrait" for the hogzilla hunt contest. Between an accidental death and a serious of malicious pranks, Cherry fears the hunting party may be the prey for a vengeful stalker.

Look for the cover release on Dru's Book Musings this July!

In The Body, Cherry's new sleuthing companion, Buckshot, has four legs and a tail. Watch for the Guess the Breed Contest on Facebook!

Do you enjoy Southern Writers Magazine? Check out my March 2015 article, "Let's Do Lunch." I wrote the article about readers' luncheons because I love them. They're a wonderful way for readers and authors to meet on a casual yet more intimate level. A big thank you to authors Heather Leonard, Barbara Vey, and Hildie McQueen; readers Catherine Peterson and Maria Moody; and Wetumpka librarian Tammy Lynn for allowing me to quote them for this article.

What else am I working on?

Thanks to all who came to Orion Library's signing! I loved meeting everyone & seeing so many old friends. What a wonderful last even before I move to Japan.:) I really enjoyed sharing a chapter from the upcoming Cherry Tucker mystery, The Body in the Landscape. 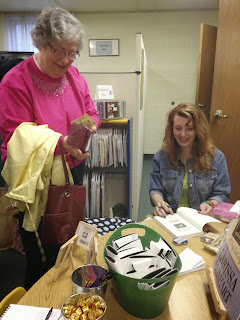 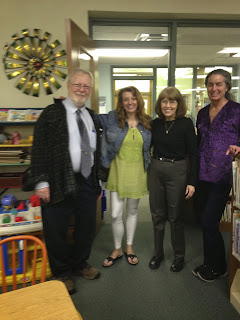 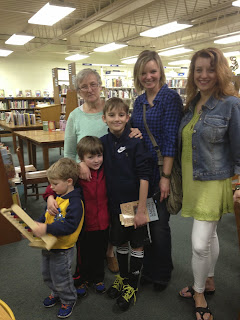 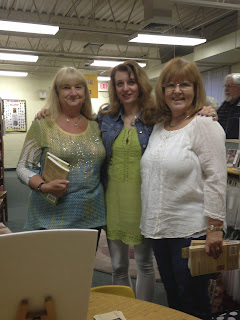 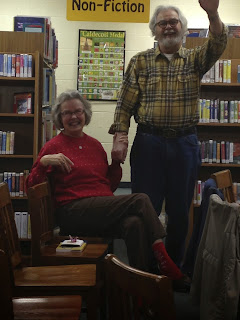 
Book Ends book club of Dahlonega, is getting a Cherry Tucker surprise! I look forward to meeting you on Skype soon!

If you're interested in Skyping me into your bookclub, give me a shout at ReinhartLarissa@gmail.com. Your evening book club meeting will be my morning in Japan. No problem!

I'll start planning my Summer 2016 Book Tour this summer and I need to know where to make my stops. Want to help?

Northwestern IL (near the Quad Cities)

Areas I can visit:

North Georgia or the Savannah area


If you & your friends would like me to come to your town, please email me at reinhartlarissa@gmail.com and I'll try to arrange it as I criss-cross the country.

I could also use friends to set up venues. If you don't have a connection to a library or book store, we can meet in a local coffee shop or eatery. I've done signings in coffee shops and those can be really fun. We just need to let the coffee shop know ahead of time and have it scheduled so we can get the word out!

IF YOU ARE IN HAWAII, ASIA, a PACIFIC ISLANDER, AUSTRALIA, OR NEW ZEALAND
I'd love to visit you while we're living in Japan. Please contact me and I'll see if I can arrange a trip to your country/city.

In the future, I might try to visit the UK as well...

And we can all meet at my Facebook Release Party for The Body in the Landscape! Date and time TBA!
Posted by Larissa Reinhart at 5:31 PM